Several of the following awards were made at the National Association of Music Merchants (NAMM) trade show held each January at the Anaheim Convention Center.  The largest US music trade show with a 115 year history, in 2016 it attracted over 100,000 trade-only (not open to the public) attendees.  Over one third of the 1700 exhibitors come from countries outside the US 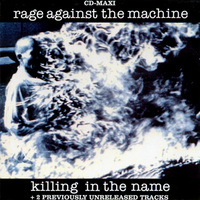 "When Rage Against the Machine’s self-titled debut exploded like a cluster bomb in 1992, the consensus wtf? moment among guitar heads came at about the 3:50mark in the album’s lead-off single, “Killing in the Name.” Tom Morello’s impossibly elastic solo was the boldest use yet of DigiTech’s WH-1 Whammy pedal, introduced in 1989. The Ferrari-red unit featured pitch-bending and harmonizing technology developed by IVL Audio, and with its expression pedal allowed squeals and dive-bombs that could extend as low (or as high) as three octaves.

For Morello, the Whammy offered an intuitive way, especially in the higher octaves, to emulate the siren-like samples he heard in the southern California gangsta rap sound of Dr. Dre, DJ Quik, and Ice Cube. “I was basically designated to be the band’s DJ,” he said in a 2008 interview, “and I found, with very simple manipulations of a very simple pedal, that all of a sudden the guitar, for me, was finding a lot of very new sonic possibilities.” Morello tapped into the unit’s harmonizing capabilities as well, most notably on the devastatingly funky “Know Your Enemy,” which opens with an infectious stacked-fifths riff and culminates in one of the nuttiest guitar solos of the ’90s."